I know Apple makes very good devices, but I think starting at $349 they may be overpricing themselves.

A big question in my mind is will the Apple Watch be upgradeable?  Will you be able to either take the watch in or send it in and have the processor upgraded?  From what I’ve read and heard, no one seems to know.

Since Apple Watch won’t have any cellular service, they won’t be subsidized by the carriers like iPhones and iPads are.  Again, starting at $349 most people will not be replacing their Apple Watch every year or two.

We’ll see how good sales of the Apple Watch go, but I think Apple may need to drop the entry price. 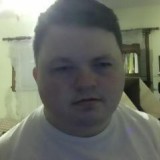